Wow! Where do I even start? I’ve been working online since 1998. I’ve bought lots (and I mean LOTS) of products, programs, ebooks, plugins, etc. In fact, I’ve spent over $80k on these things.

I know your next question: how much have you made? I’ve covered my costs and made a living. But this year (2015) I decided to step up my game and set up some passive income streams.

MOBE by Matt Lloyd and MTTB

Paul Lynch introduced me to MTTB (My Top Tier Business), part of MOBE (My Online Business Education, formerly My Online Business Empire) by Matt Lloyd. Initially, I signed up for MTTB in June and thought I would learn something new in going through the 21 steps. MTTB was $49.

Most of what I read/watched was the same info that I learned from people like Russell Brunson, Mike Koenigs, Dan Hollings, Frank Kerns, and others. The difference for me and many others is that MTTB offered you regular personal (sometimes group) coaching. I was assigned a coach who made sure I went through that day’s lesson material and action points.

For me, this was huge!! I can’t tell you how many ebooks, plugins, etc that I have bought that are still sitting on my hard drive – never read, never installed, never set up. Having a real person keeping me accountable propelled me to really get things done. So while I didn’t learn much new, I implemented what I had learned over the past 15 years – some for the first time.

The lessons appealed to the emotions, introducing more advanced levels of the MOBE marketplace, such as the MOBE Motors program (where MOBE pays for a car for you if you are selling enough). They even encouraged me to go car shopping.

I loved having a personal coach. But my goal and the coach’s goal were not really the same. I was there to learn and implement what I learned. The coach was there to introduce me to the next level in the MOBE marketplace. Now, don’t misunderstand me. I’m not nixing the MOBE system. But you have to understand that the MOBE system is all about selling. Selling info products, coaching, masterminds, etc. They even clearly say that if you send the traffic, the coaches will make the sales. And as soon as I bought, I was changed to a new coach. I had good coaches, but clearly the goal was the sale, not the coaching.

And they did make the sale with me. I bought tickets to both their Titanium level ($9,997) and Platinum level ($16,667) Mastermind meetings. I don’t regret this, but I’m not comfortable with using their techniques myself. I prefer being more upfront with people. There is a lot of money to be made with MOBE, but I had to find something that was comfortable for me.

Wealthy Affiliate by Kyle and Carson

At the time I started wrestling with what to do next, I came across Wealthy Affiliate by Kyle and Carson. This deal sounded way too good to be true. First, they offer free access for 7 days and include the first of 6 levels of lessons for free. You have all that time to decide if you want to invest any further.

I spent five days going though the first level. The approach is entirely different than MTTB. The lessons are very hands on, step by step, getting you set up to start an online business for yourself. No gimmicks, no shortcuts, just honest, clear, practical steps. The content of the lessons was solid, insightful, and transparent. Did I mention the lessons were practical? No emotional hooks, no stringing me along.

Again, don’t get me wrong. Kyle and Carson are selling something. After 7 days, I had the option of upgrading to a premium membership for $19 for a month ($47/month after that). [And I should point out here that it would take me 40+ years of monthly payments to Wealthy Affiliate before I paid out what I paid to MOBE.] So I do get that money is still an element here, but the contrast is remarkable.

So let me contrast things for you. With Wealthy Affiliate (WA), you do have coaching available – from both Kyle and Carson, but also from the community of WA members. (MOBE only has this on Facebook private lists, but every new post is moderated and many are not approved.) So if you have a question and it is 3am, you don’t have to wait to meet your coach hours or even days later. There is a live chat area in WA where you can post the question and get a fairly immediate answer.

The whole atmosphere is different. WA feels more like a group of likeminded people who want everyone else to succeed and is willing to help wherever possible. MOBE feels more like a hierarchy of sellers hoping to get more from you.

The quality and quantity of teaching is actually pretty similar (once you have paid access to each program). The WA training seems more newbie friendly from the beginning. Both systems have extensive training in specific areas. If you want to learn about Pay Per Click, Solo Ads, Blogging, etc. you can find it in both places. WA takes a more continuous lesson plan while MTTB and MOBE offers each topic separately (you choose what you want to learn – which can be overwhelming to a newbie). All to say, they are pretty even with the training (even if the perspective is different).

As for the masterminds, MOBE masterminds are amazing. The real-life networking is priceless. WA also has a mastermind in Vegas every year. Again, a bit different perspective on things, but similar in how the masterminds help your build your business. So, they are even on that one.

I am grateful for both MOBE and Wealthy Affiliate. I wouldn’t be where I am today without them. They both took me to the next step that I needed. Could I have done that without MOBE? Maybe, but realizing the power of the individual coaching was a big ah-ha moment for me. Would I be where I am now without Wealthy Affiliate? Maybe, but WA has given me focus that I did not have before.

If you are a newbie just starting out, Wealthy Affiliate is a treasured find! If you already have a list and are looking for Top Tier products to market to your list, MOBE is unmatched in its marketplace.

If you have been part of either of these, please post your thoughts below. I’d love to hear your perspective. 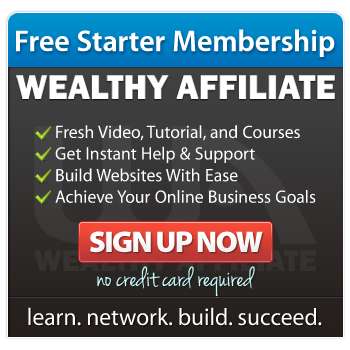 Brian Basilico: Marketing With Buddy Guy – Why Do You Do What You...